Posted on July 7, 2018 by Antonio Tanner in Sports

That’s right, . Cherish this moment. Take that football home and frame it. You’ll never want to forget the day you met the amazing punt-master, Ryan Tydlacka.

The Cats put the “L” in LSU today because taking a big one to the effect of 35-7. But you knew that. That’s not why you’re here. You are here to find some great insight or some hilarious banter about the game. Unfortunately for you, I have neither. It’s Saturday night, the Cats lost, Ryan Tydlacka is our best player, and there’s a city full of open bars to attend to. Get on it. But first, let’s take a look at what happened on this glorious worthless day.

– Big Blue Madness tickets sold out in less than an hour this morning. Kentucky fans are just unbelievable, and I wouldn’t have it any other way. Check out the posts and pictures on the site from this week of Madness camping. It was quite a sight to see. No one does it like UK fans. #BBN

– Ryan Tydlacka sures knows how to punt. Glad we reeled in this prized recruit. Sadly, we won’t be using him that much once we get the Patrick Towles era underway. I hope. To quote Hunter Campbell below…”10 punts. 424 yards. Long of 64 yards. 1 punt inside the 20. Heisman.”

– Louisville lost to Marshall 17-13 at Papa John’s Cardinal Stadium. Teddy played the entire game, and not the Leprechaun. So I’m out of jokes. Ha! Suck it, Cards. Oh, wait…what’s that you say? We lost to them? Damn. Which leads me to my next point…

– We’re not very good at football this season. 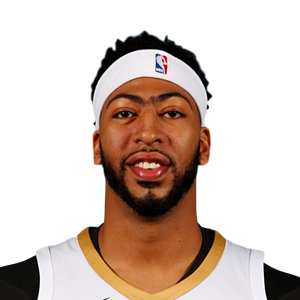 – Take solace in that fact that our basketball team is going to be absolutely amazing this season.

– Depending on what line you got, there’s a good chance Kentucky covered the spread. Big accomplishment there. It’s the small victories, people. Also, don’t bet on/against your favorite team. Bad karma. Unless you’re doing the over/under.

– The criminal Jordan Jefferson got a touchdown against us today in his return to the Tigers. I take back everything I said about karma. It obviously does not exist.

– There’s an Indy race at the Kentucky Speedway tomorrow. Stay off 71 North because I’m trying to make the drive from Louisville to Cincinnati and I’d appreciate cutting back on traffic. Thanks, you guys are great.

– If you want to feel better about life, scroll down to the Anthony Davis post below and watch that video. Ahhhh, feels much better now.

Don’t sleep in late, y’all. It’s Sunday, you should be in church or something like that. Or at a delicious brunch with those in-laws you hate. No, actually, you should just be checking your fantasy football team and messing with your roster. Priorities.