A Couple of Thanksgiving Night Notes

Posted on January 27, 2016 by Antonio Tanner in Sports 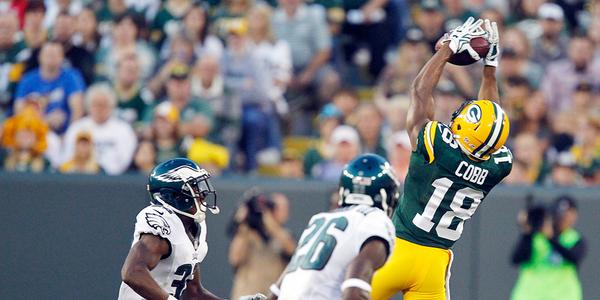 Weighing in at just over 1 lb, it’s the Kentucky Basketball 2012 Box Calendar by Season Never Ends. If you’ve bought one in previous years, you’re wondering what’s new about this one. Answer: everything. In fact there’s dozens of brand new stories, many covering last year’s magical run to the Final Four. Brandon Knight, DeAndre Liggins and Jorts play prominent roles this year.

It’s an awesome gift idea, especially if your co-worker went to Louisville, hearing a UK fact every day will drive them crazy!

Coupon codes: Use the code “Turkey” to knock $3 off the price. You’ll also qualify for free shipping if you order three.

– Some people may think they know what is going to happen to Joker Phillips after this weekend, but one person who doesn’t know about the future of Kentucky’s head football coach is Joker Phillips himself. He told reporters, “All I hear is what I hear from you guys,” when asked if he has any plans to resign. He says he only knows what Mitch Barnhart has said publicly. When asked if he’s talked to the UK AD about his job status, Joker said, “No and we don’t need to talk about it.” Barnhart was at football practice Thursday but declined comment. 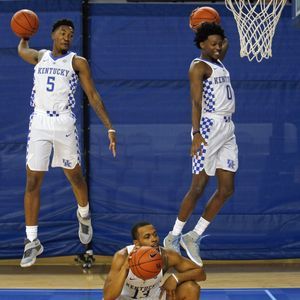 – A lot of people are upset over the NCAA stepping in and shutting down the “Rumble in Rupp” event that was set to take place this weekend in Rupp Arena. The NCAA has a new rule prohibiting any non-scholastic events from playing on college campuses or in college basketball facilities so the event was moved to LexingtonAcademy. Some Kentucky fans believe that the NCAA only did it because it was Kentucky, but it turns out that the same thing happened to Duke and North Carolina back in April with the Bob Gibbons’ Tournament of Champions. The rule was made just weeks before that tournament took place. While it helps to know UK isn’t the only one to be affected by this ridiculous rule, it still doesn’t change the fact that they waited until two days before “Rumble in Rupp” to notify the tournament’s organizers.

– ESPN just showed Texas A&M quarterback Ryan Tannehill’s fiancee in the crowd. If there are more like her on A&M’s campus, I’m not opposed to Kentucky playing in College Station every year. Welcome to the SEC, ladies.

– Have you voted for Randall Cobb today? Cobb’s Packers moved to 11-0 with a Thankgiving Day win over the Detroit Lions. Cobb let a touchdown pass slip through his hands in the fourth quarter and Ndamukong Suh secured his spot as the biggest punk in the NFL. After the game, Suh, who stomped on a Green Bay player, said he was off balance and had to step on his opponent to keep from falling over. His PR manager needs to be fired.

I’ll wrap things up with a special thank you to every single one of you. Without you all, this ridiculous, outdated UK website doesn’t exist. We appreciate every visitor, reader, commenter, radio show listener, KSTV viewer, and even the people who tell us how much we suck.